You Are Here: Home → 2018 → November → The Portuguese Language Survival Kit

We may earn commission from companies mentioned on this blog, however our praise cannot be bought!

Moving to a new country means getting used to a lot of new things.

One of the most complicated is the language.

You may have heard people saying Portuguese is hard to learn – and they’re not exaggerating! With that in mind, here is a quick survival kit with some basic words and expressions to help you survive in Portugal. 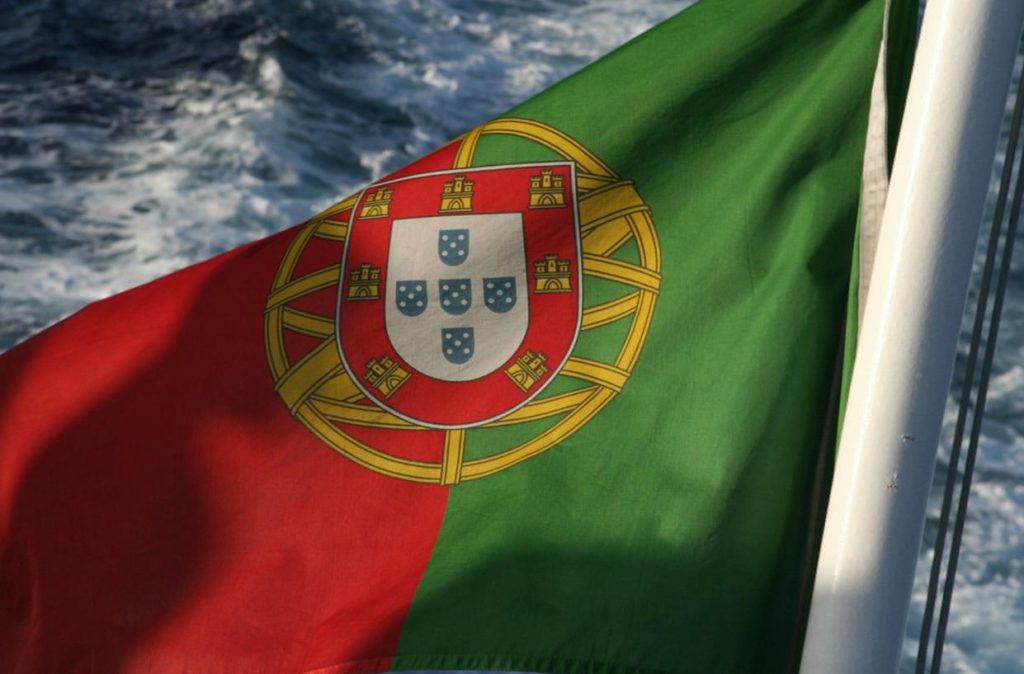 Some basics of the Portuguese language

The basics everyone learns first in Portugal are:

“Adeus” or “Tchau” (goodbye) – the latter is less formal.

However, it becomes a little more complicated with the last one! “Obrigado” can also be said as “obrigada” with an “a” at the end instead of an “o”. Why is that? It’s because words in Portuguese usually have different endings according to their gender.

In the case of “thank you”, you use “obrigado” if you’re a man and “obrigada” if you’re a woman. It’s not about the gender of the person you’re talking TO. Even some native Portuguese people struggle to get their heads around this!

Many humans can’t live without coffee in the morning.  There are so many types of it in Portugal that ordering it can be a minefield.

If you ask for a simple “um café” in Portugal, you will get a tiny cup of delicious (but rocket-fuel strength) espresso. This type of coffee is also known as “uma bica,” more commonly in the north of the country. If you want something slightly weaker, a “bica chiea” is the same, but with more added water.

If you want a milky coffee, you’ll can order “um galão,” which is rather close to a latté; If you’d rather go somewhere in the middle, “um garoto” is half coffee, half milk.

There are plenty more! “Um abatanando” is a large black coffee, weaker than espresso but still packing a punch. “Um pingo” is an espresso with a tiny bit of milk on top, and “um Nescafé” will – if you feel so inclined – get you a cup of instant coffee. Why you’d want it in a country with such fabulous coffee is another matter entirely!

This is the kind of thing that no app will teach you and this is one of the benefits of learning Portuguese in Portugal.

English people might refer to everyone as “you” but in Portuguese (as in many other languages), there’s a different word for “you” depending on whether you’re using it formally (“você”) or informally (“tu”). Does this mean the verbs change too? Yes, it does. I told you it wouldn’t be that easy!

One thing you’ll notice as soon as you arrive in Portugal and start listening to Portuguese all day long is the “inho” or “inha” in the end of a word.

“Um bocadinho” is one of the most Portuguese expressions you’ll hear. “Bocadinho” comes from “bocado” (bit) and it means “little bit”. There’s no equivalent for this “inho” in English, which is a shame. It is the Portuguese’s favourite way to say something is cute.

Another time you may hear this form of speech used is as part of the thank you we mentioned before. “Obrigadinha,” which literally means “little thanks” is sometimes used by adults speaking kindly to young children. If an adult uses it with another adult it could come across as either patronising or flirtatious, depending on the tone!

Saudade is one word that exists only in Portuguese. It’s impossible to find a literal translation for this word. It’s basically what you feel when you miss someone or something – a feeling of longing, and a feeling captured by Portuguese fado music.

A language isn’t just a way to say something. It is closely tied to being a true citizen of a country (or, sometimes, a specific area). It is also one of the most important parts of a country’s culture.

There are a lot of options. You can try to do it by yourself online, though a mobile app or by using a book, but these have limitations.

So what are your other options? There are plenty of Portuguese classes available across the country, such as those at Lusa Language School in Lisbon. These will teach you everything you need to know, from the basics to the most complicated aspects of the grammar itself.

By taking classes like this, you’ll get the chance to meet other students who, just like yourself, are probably struggling with the Portuguese language. You just have to choose the best course for you, and you’ll soon be learning to talk and act like a native Portuguese person!